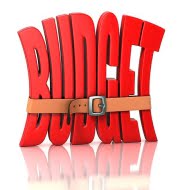 The Kerala State budget 2017-18 was presented by the State Finance Minister Dr Thomas Isaac. It was is the first full-fledged budget of the present Left Democratic front (LDF) government.
In the Budget speech the minister held that the Centre’s demonetization move has affected all sectors of life and will cause economic slump. It also mentioned that state is prepared to introduce Goods and Services Tax.