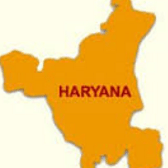 Similar to that of Uttar Pradesh’s ‘anti-romeo squad’, the Haryana government has launched ‘Operation Durga’ to ensure women safety in the state. Under this operation, teams formed by the Chief Minister’s Flying Squad visited public places such as schools, colleges, bus stands and railway stations and caught persons indulging in crime activities against women like eve-teasing, stalking, harassment and other such activities. Since women are hesitant in reporting incidents involving anti-social elements to the Police, the campaign, ‘Operation Durga’ was launched so that flying squads patrol those areas where such anti-social elements committed crimes against women.