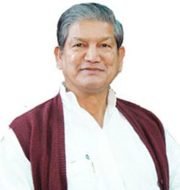 Harish Rawat-led Congress Government has won the floor test in the state legislative assembly conducted on 10 May 2016 on the order of the Supreme Court.
In the floor test Harish Rawat Government recieved 33 votes against 28 votes out of 61 qualified members who voted in the assembly.
Based on this, the apex court has allowed Mr Rawat to assume office as Chief Minister after President’s rule is revoked in the state.
After the mandate of floor test in Uttarakhand Assembly, the Union Cabinet has taken decision to revoke President Rule in Uttarakhand.
Background