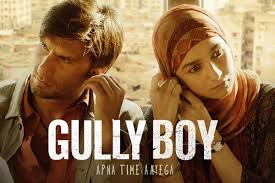 The film directed by Zoya Akhtar, revolves around the underground rap movement in India and was released on 14 February 2019.

It is inspired by the lives of Mumbai street rappers Vivian Fernandes (aka Divine) and Naved Shaikh (aka Naezy).

It will also be screened at 2019 Indian Film Festival of Melbourne in Australia.

Other than bagging award at BIFAN in South Korea, Zoya Akhtar recently joined the list of new members of Academy of Motion Picture Arts and Sciences that organises annual Oscar awards.

It was founded in 1997 with particular attention to Asian cinema from East Asia and Southeast Asia.

It is an international film festival which is held annually in July in Bucheon, South Korea.

It is given at select international film festivals to promote Asian cinema by spotlighting exceptional films as well as discovering new talents.

It is awarded to the best Asian feature film by a jury from Network for the Promotion of Asian Cinema (NETPAC).NETPAC Jury Committee, comprised of NETPAC members and film professionals, select best Asian Film from World Fantastic Blue section that features newer genres and variety of stories such as comedy, fantasy and drama.

It is a pan-Asian film cultural organization of 29 member countries which involves critics, filmmakers, distributors and exhibitors, festival organizers and curators, and film educators.

It was created in 1990 as result of a conference on Asian cinema organized by Cinemaya (Asian Film Quarterly), in New Delhi at instance and with support of UNESCO (United Nations Educational, Scientific and Cultural Organization), Paris.