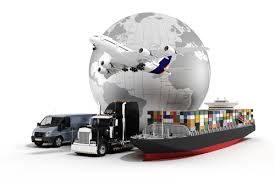 Punjab has acquired second position followed by Andhra Pradesh, Karnataka and Maharashtra.  Among the Union Territories, Daman & Diu occupied top slot followed by NCT Delhi and Chandigarh. As regards the hilly states, Tripura was on top followed by Mizoram and Meghalaya.

The LEADs index is a composite indicator to assess international trade logistics across States/UTs based on stakeholders’ survey conducted by Deloitte for Ministry of Commerce and Industry. It is calculated based on eight parameters such as infrastructure, services, timeliness, track and trace, competitiveness of pricing, safety of cargo, operating environment and regulatory process.
LEADS is loosely based on World Bank’s biannual Logistics Performance Index (LPI) on which India was ranked 35 among 160 countries in 2016, up from 54 in 2014. It aims to serve as an indicator of efficiency of logistical services necessary for promoting exports in particular and economic growth in general.