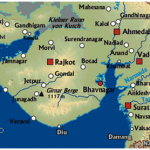 On October 12, 2020, the president Ramnath kovind assented the Gujarat Distributed Area act (Amendment) Bill 2019. The amendment will prohibit transfer of assets that is the immovable property in disturbed areas. Also, it will protect the tenants from vacating the property.

Gujarat prohibition of transfer of immovable property and provision for protection of tenants from eviction from premises in disturbed areas act 1991 is commonly referred to as Disturbed Areas act.

Key features of the amendment

The main objective of the act is to check on elements that cause demographic imbalance and to stop polarisation. The act will prohibit sale of property from one religious community to another religious community in the disturbed areas. An area can be declared disturbed area by the district collector based on a history of communal riots in the area. The transfer of assets cannot be done without the approval of the district collector.

An offender under the provisions of the act has to pay a fine of one lakh rupees or 10% of value of the property. He can be imprisoned for 3 to 5 years for acquiring properties to illegal means in disturbed areas.

The act is being amended as several complaints were received by the government officials on skirting the provisions of the act and taking advantages of its loopholes. Earlier the collector only had to see the seller sending the property personally. It has come to notice that several Anti-Social elements are buying and selling properties in these regions by threatening people. Thus the act is being amended to pluck the legal loopholes.

Currently the disturbed area act is applicable to certain regions of Gujarat such as Vadodara, Ahmedabad, Surat, Himmatnagar, Godhra, Bharuch and kapadvanj.

The act was first introduced in Ahmedabad in 1986 due to large scale and continuous riots in the City.