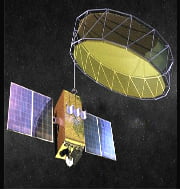 Background
ISRO had successfully launched GSAT-6 from an indigenous cryogenic engine GSLV-D6 rocket from Sriharikota on 27 August 2015. ISRO had performed successive orbit raising operation of the satellite and had deployed the UFA successfully after the launch.