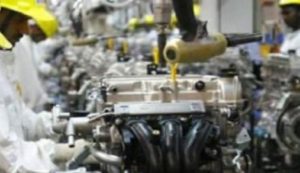 According to official data released by Government, Growth of eight core industries (Index of Eight Core Industries) dropped to 2.1% in July 2019. It was mainly due to contraction in coal, crude oil, natural gas and refinery products. These eight sectors had expanded by 7.3% in July 2018. Moreover, it has declined by 6.2% during April to July, 2019-20 over the corresponding period of previous year.

It is monthly production index, which is also considered as lead indicator of the monthly industrial performance. It contains production and growth figures of eight core industries viz. steel, electricity, crude oil, refinery products, coal, cement, natural gas and fertilizers. It is compiled by Central Statistic Organisation (CSO) under Union Ministry of Commerce and Industry based on monthly production information received from source agencies. These core industries are considered as main or key industries of the economy and serve as backbone of all other industries