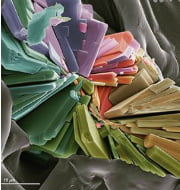 Union Ministry of Earth Sciences has unveiled blueprint of Deep Ocean Mission (DOM). The mission proposes to explore deep-ocean by emulating success of Indian Space Research Organisation (ISRO) in designing and launching satellites. For this mission, Centre has drawn up a five-year, Rs. 8,000 crore plan to explore deep recesses of the ocean.
Features of Mission
The focus of DOM is on deep-sea mining, ocean climate change advisory services, underwater vehicles and underwater robotics related technologies. Two key projects planned under it include desalination plant powered by tidal energy and submersible vehicle that can explore depths of at least 6,000 metres.

India’s Exclusive Economic Zone (EEZ) spreads over 2.2 million sq. km and in the deep sea, lies unexplored and unutilised. Besides, India has been allotted site of 1,50,000 sq. km in Central Indian Ocean Basin (CIOB) by United Nations International Sea Bed Authority (UN-ISBA) for exploitation of polymetallic nodules (PMN). These are rocks scattered on seabed containing iron, nickel, manganese and cobalt. It is envisaged that 10% of recovery of that large reserve can meet energy requirement of India for next 100 years. It has been estimated that 380 million metric tonnes of polymetallic nodules are available at the bottom of the seas in CIOB.