Government sets up task force on ways to reduce import 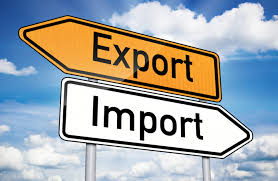 The Union Government constituted a high-level task force under Chairmanship of Cabinet Secretary PK Sinha to identify various items and policy interventions to reduce dependence on imports. It will suggest ways to cut import of those items which can be manufactured or explored in the country. The task force includes secretaries from Departments of Commerce, Industrial Policy and Promotion (DIPP), Revenue, Skill Development, Defence Production, Petroleum, Steel, Electronics and Telecommunications.

The move holds significance as India is heavily dependent on imports of several items such as oil, machinery, electronic hardware, pharmaceuticals ingredients including (active pharmaceuticals ingredients), gold and chemicals. On an average, India’s imports stand at around US $450 billion per year. In financial year 2017-18, the inbound shipments grew about 20% to US $460 billion.
India’s oil imports during same fiscal had risen by 25.47% to US $109.11 billion. Though increase in imports of intermediates and raw materials reflects boost in economic activities, but the inbound shipments of final goods impact domestic manufacturers. Earlier, concerns were raised over high dependence on pharmaceutical ingredients from China by trade experts.