Government to set up Cyclone Warning Centre in Kerala 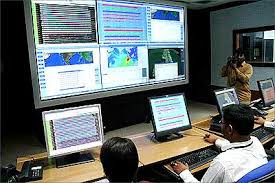 Union Ministry of Earth Sciences has announced to set up Cyclone Warning Centre in Kerala’s capital Thiruvananthapuram. It also proposed to set up C-band Doppler weather radar at Mangalore, Karnataka. This comes in view of recent heavy rainfall and concerns over extreme weather activities in future.

The centre will be equipped with state- of-the-art infrastructure including forecasting tools to provide daily weather alerts, issue weather warnings and coastal warnings or bulletins (for fishermenetc). It is expected to be functional within a month and will cater to the needs of Kerala and Karnataka states. It will further strengthen tpresent forecasting activity in India Meteorological Department’s existing office in Thiruvananthapuram.

It is proposed to be set up at Mangalore, Karnataka to provide nowcast alerts for severe weather, including thunderstorms triggered by heavy rain for the next 2-3 hours. This radar will cover northern Kerala and Karnataka. It is expected to be installed by the end of next year. Currently, there are two Doppler radars in Kerala at Kochi and Thiruvananthapuram, which cover central and southern districts, respectively. With addition of this new radar, entire state will be covered for monitoring rainfall and severe weather events.