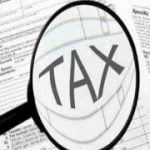 The Union Finance Ministry has notified hird Protocol amending India-Singapore Double Taxation Avoidance Agreement (DTAA). The agreement came into force in February 2017and was signed in December 2016.
The Third Protocol amends the DTAA between both countries to provide for source-based taxation of capital gains arising on sale of shares in a company.