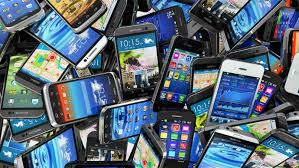 The Central Bureau of Excise and Customs (CBEC) under Finance Ministry has imposed a 10% duty on imports of key smartphone components such as populated printed circuit boards (PCBs), camera modules and connectors. At present there is zero import duty imposed on the three components.

This decision follows the government’s announcement to impose 20% basic customs duty (BCD) on fully built mobile phones, which came into effect from February 1, 2018 as part of its phased manufacturing program (PMP). Since 2014, import duties have acted as catalyst to grow investment into mobile phone manufacturing in India, with number of factories increasing to 120 from handful. International contract manufacturing companies like Foxconn, Flex, Wistron and handset makers from China, India besides South Korea’s Samsung have taken local production of mobile phones to 225 million in 2017, which his more than 80% of the phones sold in country.