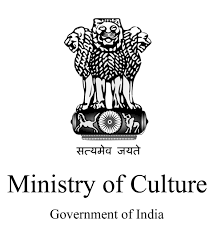 Union Ministry of Culture launched Seva Bhoj Yojna, a new scheme to provide financial assistance on purchase of specific food items by Charitable Religious Institutions (CRIs) for free distribution among people. Under this scheme, Centre’s share of Central Goods and Services Tax (CGST) and Interstate GST charged on raw food materials purchased by the religious institutions will be refunded.

The scheme aims to reimburse Central Government share of Central Goods and Services Tax (CGST) and Integrated Goods and Service Tax (IGST) to lessen financial burden of religious and charitable institutions providing food, prasad, langar (Community Kitchen), Bhandara free of cost without any discrimination to public and devotee
Beneficiaries: Religious and charitable institutions such as temples, gurudwara, mosque, church, dharmik ashram, dargah, matth, monasteries etc. having existence for at least five years and serve free food to at least 5000 people  in month. Grant will be given to such institutions if they are covered under Section 10 (23BBA) of Income Tax (IT) Act or are institutions registered as Society under Societies Registration Act (XXI of 1860) or as Public Trust under any law for time being in force of statuary religious bodies or institutions registered under Section 12AA of IT Act
Selection: All eligible religious and charitable institutions first must registered with Darpan portal of NITI Aayog and get Unique ID generated by it. Thereafter, they shall enroll themselves in CSMS Portal on the Ministry of Culture’s website in prescribed format. The applications will be examined by committee constituted for purpose. On basis of recommendation of committee, competent authority in Ministry of Culture will register these institutions for reimbursing claim of CGST and Central Government share of IGST paid on mentioned specific items.