Government to introduce BS-VI auto fuels in Delhi from 2018 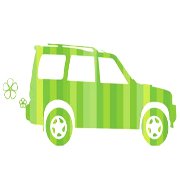 The Petroleum Ministry in consultation with Public Oil Marketing Companies (OMCs) has decided for preponement of BS-VI grade auto fuels in National Capital Territory (NCT) of Delhi from 1st April 2018 instead of 1st April 2020.
This decision was taken into account the serious pollution levels in Delhi and adjoining areas and as part of government’s concerted efforts to reduce vehicular emissions and improve fuel efficiency with an aim to reduce the carbon footprints and keep a healthy environment.

Bharat stage norms are emission standards instituted by Government to regulate output of air pollutants from internal combustion engine equipment, including motor vehicles. The standards and timeline for implementation are set by Central Pollution Control Board (CPCB) under Ministry of Environment & Forests and climate change.
The standards are based on European regulations and were first introduced in 2000. Since then, various stages Bharat Stage compatible fuel and ungraded and modified vehicles were introduced throughout the country.
The harmful emissions that are identified for regulations in different Bharat Stages (BS) are carbon monoxide (CO), unburnt hydrocarbons (HC), Nitrogen Oxides (NOx) and Particulate matter (PM). Each stage specifies a certain limit on the pollutants released, Higher the Bharat Stage goes lesser it emits pollutants. BS-I, BS-II and BS-III stages were launched in 2000, 2005 and 2010 respectively

The BS-IV compliant fuels have Sulphur concentration of 50 parts per million (ppm). It will come down to 10 ppm in BS-VI compliant fuels and auto engines. It will result in lower level of harmful emissions and reduced incidence of lung diseases. Moreover, switch to BS-VI norms will also reduce concentration of carbon monoxide (CO), unburnt hydrocarbons, nitrous oxide (NOx) and particulate matter from emissions.