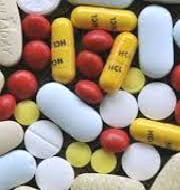 The Union Ministry of Home Affairs (MHA) has extended the Anti-Narcotics Scheme for 3 more years to combat illicit trafficking in drugs and psychotropic substances.

The scheme was first launched in October 2004 for period of five years. It was later extended twice in subsequent years. It aims to assist states and Union Territories financially which are contributing in controlling inter-state and cross-border drug trafficking. The main strategy under the scheme includes reduction of both supply and demand of drugs and psychotropic substances. The supply reduction will include enforcement activities and demand reduction will involve rehabilitation and de-addiction measures.

The financial assistance for narcotics control has been extended, with an estimated budget of Rs. 21 crore. It will be provided to all anti-narcotics agencies for strengthening their enforcement capabilities to combat illicit trafficking in narcotic drugs and psychotropic substances. It is also proposed to be provided for all capacity building activities, including training of personnel.

There are approximately 40 lakh drug addicts in the country. The most common drugs of abuse are ganja, hashish, opium and heroin. Moreover there is serious abuse of pharmaceutical preparations like ‘buprenorphine’, codeine based cough syrups and painkillers like ‘proxivon’.  In certain regions of country, drug abuse already has become severe social-economic problem affecting vulnerable age groups.