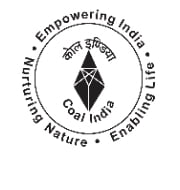 The Appointments Committee of the Cabinet (ACC) has appointed Anil Kumar Jha as full time Chairman and Managing Director (CMD) of Coal India Limited (CIL). He will be in office till January 31, 2020. He replaces Coal Ministry’s Additional Secretary Suresh Kumar, who had recently assumed additional charge of CMD of CIL.

Prior to this appointment, Anil Kumar Jha was CMD of CIL’s subsidiary Mahanadi Coalfields. He holds MTech in Mine Planning & Design from Indian School of Mines, Dhanbad, Jharkhand. He has rich work experience spanning 32 years in field of mine planning, production, management supervision, direction and control of underground as well as open cast coal mines. He also has worked with Central Mine Planning & Design Institute, the exploration arm of CIL, for 14 years, planning both opencast and underground mines.

It is state-controlled coal mining company headquartered in Kolkata, West Bengal. Government of India owns CIL and controls operations of CIL through Ministry of Coal. It is largest coal producing company in the world. It contributes to around 82% of the coal production in India. It was conferred the Maharatna status in 2015, making it one of the seven maharatnas companies.  Its market capitalisation (as of October 2015) was Rs.2.11 lakh crore (US$32 billion) making it India’s 8th most valuable company by market value.