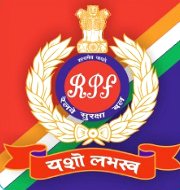 Union Government has announced 50% reservation for women in upcoming recruitment of 9500-10000 jawans for the Railway Protection Force (RPF). This decision aims to create more employment opportunities for women. It was announced by Union Railways Minister Piyush Goyal in Patna, Bihar. He also announced 13,00,00 jobs are also coming up in Indian Railways in which there will be computer-based test and no interviews.

RPF is security force entrusted with protecting railway passengers, passenger area and railway property of the Indian Railways. It was introduced for the first time in the central act of 1957. It is headquartered in New Delhi. It functions under the authority of Union Ministry of Railways. It has powers to arrest, investigate and prosecute criminals under its jurisdiction.