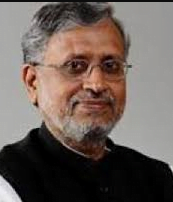 The committee headed by Sushil Modi will look into the following aspects: