GM to invest $1 bn in Talegaon by 2020, shuts down Halol plant in Gujarat 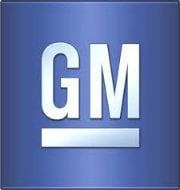 World’s second largest automaker General Motors (GM) has announced to invest USD 1 billion (6, 400 crore rupees) in India by 2020 and has decided to close its loss making plant at Halol, Gujarat. This announcement was part of its prior decision to invest over USD 5 billion in global markets like China, India, Brazil and Mexico.
On priority company to make investments to expand capacity of Talegaon Plant in Maharashtra from 1,30,000 to 2,20,000 units per year by 2025.
GM is India’s eighth largest carmaker that forayed in Indian auto market in 1996 and established its first plant at Halol, Gujarat. Second plant was established at Talegaon (Maharashtra) in 2010 and has invested USD 1 billion in India up till now.
GM decided to close its Halol facility by 2016 due to labour unrest and operational losses, which has a manufacturing capacity of 1,10,000 units per year. First labour strike to place in 2010 lasted for 3 days and second in 2011 that lasted for six weeks.
It should be noted that GM chose expansion of Talegaon facility due to its good infrastructure and favourable ecosystem for production and is also aiming to export 30 per cent by 2025.