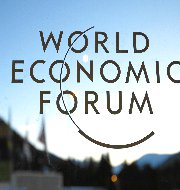 The Global Competitiveness Report is a report annually published by the World Economic Forum since 1979. This report “assesses the ability of countries to provide high levels of prosperity to their citizens. This in turn depends on how productively a country uses available resources. Therefore, the Global Competitiveness Index measures the set of institutions, policies, and factors that set the sustainable current and medium-term levels of economic prosperity.

India has moved up one position to 49 (GCI 4.30) in the The Global Competitiveness Report 2009-2010. The following is what report says about india:
India is up one position at 49th. India’s GDP has grown 6.6 percent per year on average since 1991, when many economic reforms began in earnest, yet its GDP per capita remains just above US$1,000—a third and a tenth, respectively, of those in China and Russia. A wide gap also remains between rural India and its thriving economic and technological hubs. India hosts some of the best universities in the world, and a number of Indian corporate giants have become major global players or even leaders in their fields. At the same time, some 42 percent of the population lives on less than $1.25 a day (in PPP international dollars), more than twice China’s equivalent figure. Mirroring this dichotomy, India’s competitive performance continues to exhibit a rather reversed development pattern. It ranks an outstanding 28th in the most complex areas measured by the business sophistication and innovation subindex, ahead of several advanced economies. The country also boasts fairly well functioning institutions (54th), bustling financial markets (16th), and a sound banking sector (25th) supported by a vast domestic market (4th largest in PPP terms). On the other hand, the country underperforms on some of the basic determinants of competitiveness, namely health and primary education (101st), macroeconomic stability (96th)—though improving—and infrastructure (76th). In addition, penetration rates for mobile telephony (116th), the Internet (104th), and personal computers (96th) remain among the lowest in the world, while inefficiencies in the labor market (83rd) prevent an optimal allocation of human capital. Improvements in these areas would place India on a stronger growth trajectory going into the future.