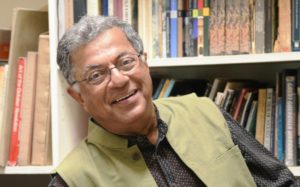 The renowned playwright, actor and Jnanpith awardee Girish Karnad died at the age of 81 at his residence in Bengaluru, Karnataka. He succumbed to multiple-organ failure.

To honour the well-known writer who brought 7th Jnanpith to Kannada, Karnataka Government declared a holiday for schools and colleges and a 3-day State mourning as a tribute.

On the evening of 72nd Republic Day, India has honored 119 people from diverse field with the Padma ...

On 29th June 2020, the President of India has reappointed Senior Advocate K.K. Venugopal as the Atto...

The State Government of Karnataka has launched “Apthamitra” mobile application and helpline to f...