Free Wi-Fi services provided to all villages till 2020 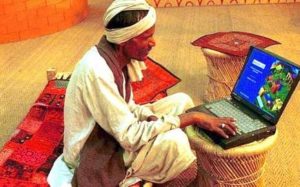 On December 25, 2019, Union Minister of Communication and IT Shri Ravi Shankar Prasad inaugurated “Digital Village Guruwara”. During the launch, it was announced that the Government has planned to offer free Wi-Fi services to all villages till March 2020.

The Government of India has so far connected 1,30,000-gram panchayats through Bharatnet. More than 50,000 Gram Panchayat are yet to be connected. The government is working under the current target that at least 15% of villages are to be digitalized in next four years. The free Wi-Fi services are being announced under Bharatnet project.

The GoI in June 2018 announced that all gram panchayats will receive broadband connectivity by 2020. However, the connectivity has been made free now.

The initiative was launched in 2011. Under the initiative, 100 Mbps speed internet were to be provided to around 2.5 lakh Gram Panchayats. The aim is to increase their speed to around 2 to 20 Mbps in the future to all households in rural areas.

The project is a National Optical Fibre Network project. It is seen as a major initiative in order to succeed Digital India. It is being implemented by the Ministry of Telecommunications.