Food Exports from India up 27% since March 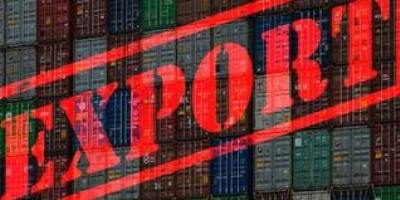 According to the data published by the Trade Promotion Council of India (TPCI), the food exports from India has observed 27% growth during the lockdown and the unlock period, since March, because of the high demand of the food-based items. The major markets that have contributed to the growth are the USA and Canada. Exports in June have declined by a mere 4% as compared to the year-ago period.

India exported around Rs 166000 crores merchandise and it proves that the Indian market is making a comeback with proper response from the international markets. India emerged as a net exporter also in June with $0.79 billion trade surplus during the period against $15.28 billion deficit during the same period in 2019.

The demand for ethnic and organic products from India is rising.

The Indo-Canadian food trade has also seen an uptick during the period and as per TPCI, Canada can be an important food market for India as it has a large population of the Indian diaspora. But reaching the mainstream market will be the biggest challenge for the country and its food industry. This growth has been possible amidst the fact that Canada is witnessing its worst economic depression of about 6.8% in 2020 since the Great Depression. Though it is lesser than the 8% contraction projected by IMF and other agencies, it is still going to affect the overall economy.

Even during such a scenario, the merchandise trade from India has seen 24% growth during the lockdown.

It is an apex trade and investment promotion organization in India as notified in the Foreign Trade Policy. It is also recognized and supported by the Department of Commerce, Government of India. It is involved in providing strategies for expanding business globally by organizing specialized business events and also working with the government by providing policy-related suggestions. These are done by undertaking extensive research involving industry stakeholders.