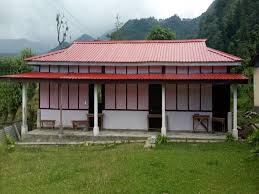 The Khadi and Village Industries Commission (KVIC) has decided to open the first of its kind training and production centre of silk in Arunachal Pradesh. This centre will come up in Chullyu village in the state. The centre will be launched in the first week of September.

Details of the Centre

KVIC has renovated an old school building in the village and converted it into a training-cum-production centre. The state government provided that school building to the commission completely free of cost to develop the centre. There will be machineries such as Charkha, silk reeling machines and warping drums in the centre. The first batch of 25 artisans has also been selected for training in the initial phases.

This centre was conceived just six months ago and it is the brainchild of the KVIC Chairman. The idea is to provide training and then employment to the local people of the village through silk production. This will create employment opportunities in the area and also the silk produced will be sold outside.

India is the second-largest producer of silk in the world. There are various kinds of silk produced in the world among which the most common one is Mulberry silk which accounts for around 74.51% of the total silk production in the country. Apart from that, Tasar, Eri, Muga, etc. are some other kinds of silk produced. In India, 97% of mulberry silk is produced in five Indian states, namely, Karnataka, Tamil Nadu, Andhra Pradesh, West Bengal and Andhra Pradesh.

It is the apex organization under the Ministry of MSME. This is a statutory body formed in April 1957. This organization is tasked with planning, executing and promoting the growth of khadi and village industries in the country. It took over all the functions of the All India Khadi and Village Industries Board. Its head office is in Mumbai.