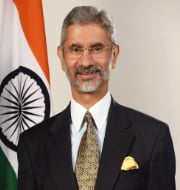 The Nordic Baltic Eight includes Estonia, Denmark, Finland, Latvia, Iceland, Norway, Lithuania and Sweden. The Baltic States are Latvia, Lithuania and Estonia. These three countries are located in the Baltic sea and are fast growing economies.

Why are Baltic Countries important to India?

Lithuania has high expertise in LASER technology. The LASER related products have become the most important part of Lithuania’s trade with India.

Latvia is geopolitically important to India. Latvia is linked by an ancient route called “The Amber Way”. It is called the Amber Way as the route was earlier used to transport amber from the coastal regions of Baltic Sea and North Sea to the Mediterranean Sea. Also, Latvia connects the Baltic region with the rest of Europe, Russia and Central Asia. Thus, it helps Indian exports reach these markets easily.

Estonia is home to NATO Cooperative Cyber Defence Centre of Excellence. Thus, India can benefit largely in cyber security areas from the country.

The countries such as Norway, Denmark, Finland, Sweden and Iceland are the Nordic countries. The first India-Nordic Summit was held in 2018. The summit focused on security, climate change and economic growth.

It was established in 1952. The headquarters of the council is located in Copenhagen, Denmark. It provides a link between governments, parliaments of Nordic states. The members of Nordic council are Denmark, Norway, Sweden, Iceland and Finland. Finland joined in 1955.