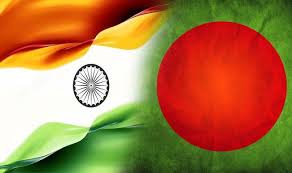 Though the process for facilitating the movement of container trains from India to Bangladesh started in 2017, the first such train has been flagged off after the approval accorded by the Bangladesh Government, through the Benapole-Petrapole rail link between the two countries.

In this regard, an MoU was signed by Container Corporation of India and the Bangladesh Container Company Limited in 2017 and the trial run of the container train was also carried out in 2018 between Kolkata and Bangabandhusetu West Station. But no regular service could be started at that point in time.

Now due to the COVID 19, the container traffic between the two countries has been hit too much because of the restrictions from both the countries. That is why; this step of starting container trains could be started now and Bangladesh Government also approved it.

Container Train Service is an additional service which is dedicated to transporting cargo by rail to Bangladesh other than the traditional Freight trains services and the newly introduced Parcel Train Service. Container trains services are cost-effective in nature and also safer to carry products such as FMCG goods, chemicals and consumer durables requiring shorter transit time. The freight trains are mainly used for bulk items like fertilizer, coal, iron ore and cement among others.