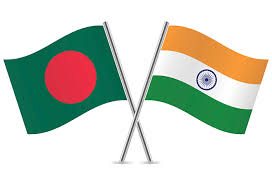 The Union Shipping Minister, Mansukh Manadaviya, has flagged off the first-ever container ship from Kolkata Port to Agartala via Chattogram Port in Bangladesh. This has been done as part of the agreement with Bangladesh to utilize Chattogram Port and Mangla Port for the movement of transit cargo from India, through Bangladesh.

The Shipping Minister has stated that it would act as an alternative route also to connect the North-East region of the country through Bangladesh. It would also start a new chapter in the India-Bangladesh maritime relations.

Highlights of the Consignment

In October 2019, Bangladesh PM Sheikh Hasina visited India and both the sides agreed on the standard operating procedures to utilize Chattogram Port and Mangla Port for movement of goods to and from India. It was decided in order to strengthen the connectivity between Bangladesh and the North-Eastern states of the country. Overall also, this was another feather in the India-Bangladesh relationship. The new deal will reduce the time required for transportation of goods for India and for Bangladesh, it will create jobs, bring investments to the logistics sector, utilize more trucks and vessels from Bangladesh etc.

Among other things in the maritime and shipping related cooperation between the two countries, under the Protocol on Inland Water Transit and Trade, five more ports have been added in each country along with the six existing Ports of Call. Dredging of inland waterways, development of fairway in selected stretches of Bangladesh waterways with the Indian government contributing 80% of the total cost are also some of the areas in which both the countries are cooperating.