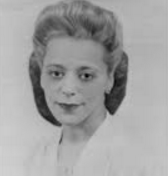 Civil rights activist Viola Desmond made history by becoming the first Canadian woman to appear on the face of a banknote when new banknotes go into circulation in 2018. She will replace Canada’s first Prime Minister, Sir John A Macdonald from the $10 bill. Desmond is a successful businesswoman and a well-known black civil rights leader who fought against racism in Canada in the 1940s. Desmond died in 1965.