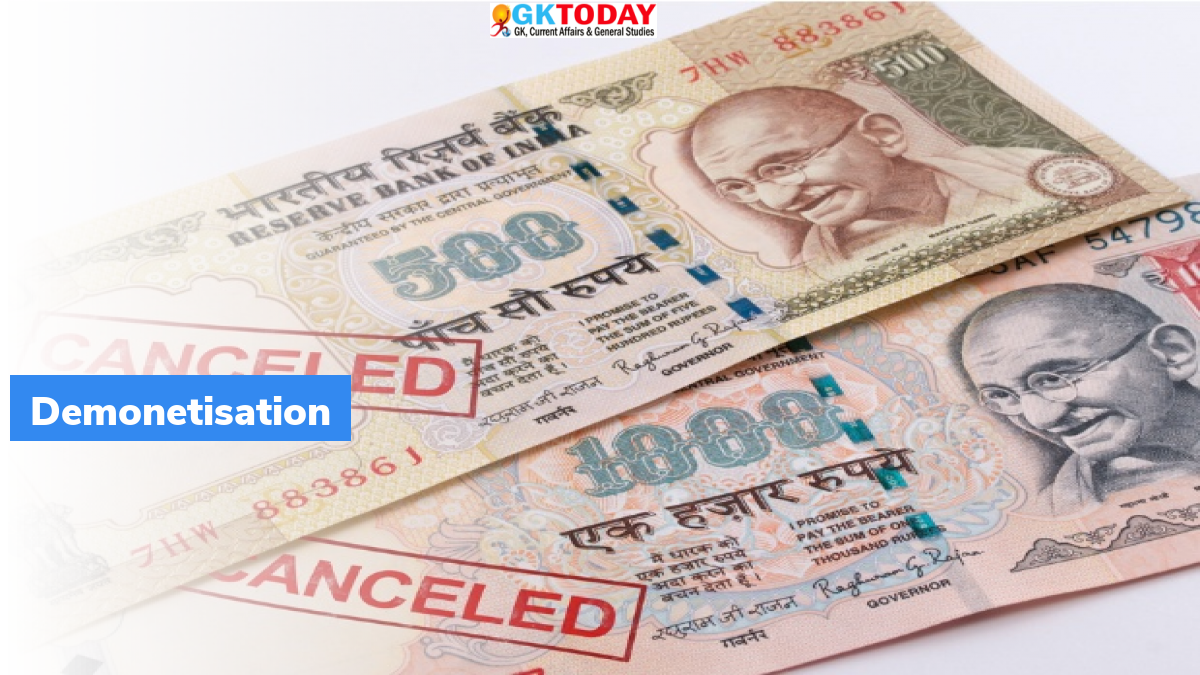 India is observing the fifth anniversary of demonetisation on November 8, 2021. Demonetisation was announced by Prime Minister Narendra Modi in 2016.

Demonetisation is an act of withdrawing the status of currency as legal tender. It occurs whenever national currency of a country is changed. Under this act, current form or forms of money is pulled from circulation and are replaced with new notes or coins.

What are the Objectives of Demonetisation?

Demonetisation is done with the objective of:

What were the impacts of demonetisation?

What is Currency with Public?

According to Reserve Bank of India (RBI), currency with public is defined as “Total currency in circulation minus cash available with banks”.

What is Currency in Circulation?

It is defined as cash or currency available within a country for the purpose of conducting transactions between consumers and businesses.