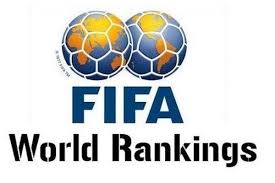 It was first introduced in December 1992. It is a ranking system by FIFA, football’s world governing body, in which teams of member nations of FIFA are ranked based on their game results with the most successful teams being ranked highest.

Portugal climbed 2 places in latest FIFA rankings to 5th after it added the inaugural Nations League title to their European Championship crown.

Belgium: It continued to top overall world rankings after back-to-back wins (3-0) over Kazakhstan and Scotland in Euro 2020 qualifying.

India: The Indian football team retained its 101st place in FIFA rankings (same as April 2019) even though India had finished 3rd in King’s Cup in Thailand, which was a FIFA-sanctioned tournament. At present Indian football team is at 18th spot among Asian countries, followed by Iran (20th).

Under newly appointed coach Igor Stimac, although Indian men lost to higher-ranked Curacao (by 1-3) before beating hosts Thailand 1-0, but still these results did not make any difference to India’s rankings as points made by India remained same at 1219 as that of previous list, issued on 4 April 2019.

Others: Germany is up to rank 11, which it holds as tie with Argentina. Italy rose 3 places to rank 14, which again is a tie with Netherlands which lost Nations League final. Mexico is ranked 18 ahead of Gold Cup 2019 and the United States drops six ranks to currently at 30.