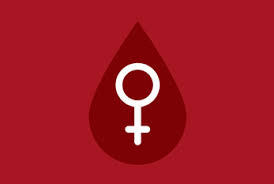 What is Female Genital Mutilation (FGM)?

This practice is forced on girls aged 4 to 14 years as a ritual. In this practice, external female genitalia are removed partially or completely.  This practice is considered to be the violation of human right since it can cause physical damage, psychological trauma and irreversible problems to the girls. This practice has been into force for over a thousand years. The government aims to completely eradication this practice by 2030. Thus, the movement began to protect girls and women from violence and to protect their physical health. The data from the world health organisation (WHO) reveals that about 120 to 140 million women have been subject to FGM in three years. Presently, at least 3 million girls are at risk of FGM every year.

Zero Tolerance towards the Female Genital Mutilation was first declared by the First Lady of Nigeria and spokesperson for the Campaign Against Female Genital Mutilation, Stella Obasanjo, in the year 2003. In that year, a conference was held by the “Inter-African Committee on Traditional Practices Affecting the Health of Women and Children (IAC)”. Following the conference, the United Nations adopted this day as an international awareness day.