FASTags made mandatory to all four wheelers from January 1, 2021 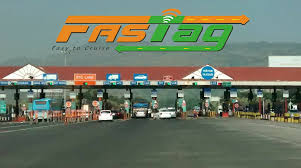 The Ministry of Road Transport and Highways (MoRTH) has made FASTags mandatory for all four-wheelers from January 1, 2021. The ministry released an official notification regarding this on November 6 and also clarified that it will be applicable to old vehicles also. As per the notification, it is a major step towards online payment at toll centres.

FASTags are the prepaid tags for automatic toll collection. These are usually pasted on the windscreen of the vehicles. FASTags are rechargeable and the amount of toll is automatically deducted once these vehicles pass through the toll centre areas. FASTags work on Radio Frequency Identification (RFID) technology. Usage of FASTags reduces time of toll collection and also ensures correct toll collection.

The government said that steps are being taken to ensure availability of FASTags in both online and offline modes. Also, in order to remove the problem in toll collection and to ensure proper traffic movement, the National Electronic Toll Collection (NETC) programme has been implemented on the Pan-India basis.

Quick Fact- Nitin Gadkari is the present Minister of Road Transport and Highways.