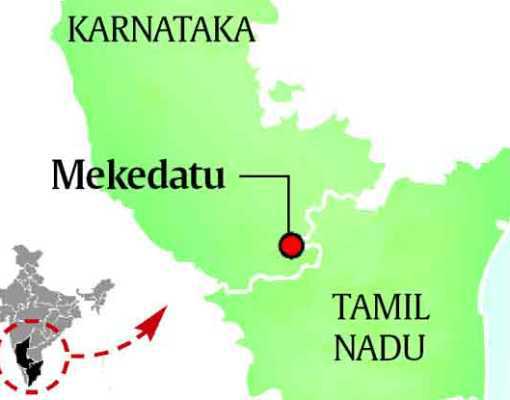 The tussle between Karnataka and Tamil Nadu on the issue of River Cauvery has got a new addition. The proposal of Karnataka to build dam at Mekedatu is opposed fiercely by Tamil Nadu.

Why Tamil Nadu is opposing the project?

The feasibility study of the dam is cleared by the Central Water Commission (CWC). The CWC has conditioned that water supply to Tamil Nadu from Cauvery must not be hampered. Now Karnataka can go ahead and prepare Detailed Project Report. The Government of Tamil Nadu had moved to Supreme Court seeking to prohibit Karnataka from proceeding with its Detailed Project Report. Supreme Court has refused to give the stay as of now.