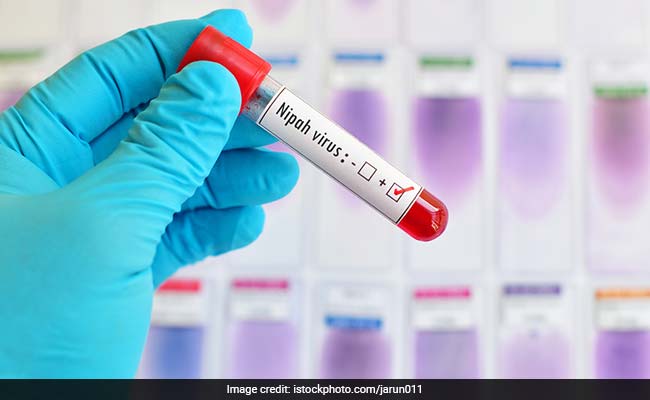 Kerala was on high alert as rare and deadly Nipah Virus (NiV) infection which was detected for the first time in the state. Its traces were found in blood and body fluid samples of two persons who died of viral fever in Kerala’s coastal Kozhikode region. It was confirmed by laboratory results from National Institute of Virology, Pune.

Nipah virus (NiV) infection is zoonotic disease that causes severe disease in both animals and humans. Fruit bats of the Pteropodidae Family, Pteropus genus are natural host of the virus. It was first identified during outbreak of disease that took place in Kampung Sungai Nipah, Malaysia in 1998.
Transmission: The virus spread fast and is mostly fatal. Infected bats shed virus in their excretion and secretion. The virus cannot be transmitted through air. But it is transmitted through direct contact with infected bats, pigs. Human to Human transmission from other NiV-infected people is also reported
Symptoms: NiV infection can cause acute respiratory syndrome, breathing trouble, inflammation of the brain, fever, headache, drowsiness, disorientation and delirium. Patient can slip into coma within 48 hours. The mortality rate of patients infected with it is reportedly 70%. It is capable of causing diseases in domestic animals too. The
Treatment: There is no vaccine for disease either for humans or animals. The main treatment for those infected is intensive supportive care and supportive medicines. In disease prone areas, fruits strewn on the ground should not be eaten, for safety.