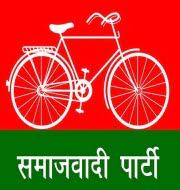 After the recent the political feud and vertical split in Samajwadi Party, the both warring factions are claiming their stakes on the party symbol, the ‘cycle’. Following this, Election Commission of India (ECI) has served notices to both factions to provide supporting documents and evidence in their favour for claiming the party symbol.

What is the legal procedure?

The Election Symbols (Reservation and Allotment) Order, 1968 empowers the ECI to recognise political parties and allot symbols. The Paragraph 15 of the Order allows ECI to decide disputes among rival groups or factions of a recognised political party staking claim to its name and symbol.

This paragraph applies to disputes in recognised national and state parties. Under it, the ECI is the only authority to decide issues over claims of Party symbol in case of split. Even the Supreme Court in Sadiq Ali and another vs. ECI case (1971) had upheld its validity. However, in case of splits in registered but unrecognised parties, the ECI usually advises the warring factions to resolve their differences internally or to approach the court.

What was the first case decided under Para 15?

The first case was in the split in the Indian National Congress in 1969 in two factions Congress (J) led by led by Indira Gandhi and old Congress (O) led by Syndicates. The “old” Congress retained the party symbol of a pair of bullocks carrying a yoke and the breakaway faction of Indira Gandhi was given the symbol of a cow with its calf.

What considerations ECI takes in to account during such scenario?

The ECI primarily ascertains support enjoyed by a claimant within a political party in its organisational wing and in its legislative wing. First the commission examines party’s organisational wing by taking into consideration of support of office-bearers and finds out how many office-bearers, members or delegates support the rival claimants. If ECI fails to test the support strength to any faction based on support within the party organisation then it tests majority in legislative wing i.e. based on support of elected MPs and MLAs of party i.e. In case of the legislative wing, the ECI takes into consideration of majority of affidavits submitted by members for the support of group. Based on the majority support the symbol is allocated. So far, in almost all disputes decided by the EC, a clear majority of office bearers/party delegates, MPs and MLAs have supported one of the factions.

What happens when there is no certainty about the majority of either faction?

When the party is either vertically divided or it is no warring group has majority, then ECI may freeze the party symbol and allow the rival groups to register themselves with new names or add suffixes or prefixes to the party’s existing names. In case of immediate electoral purposes, ECI advise the rival groups to fight the elections in different names and on temporary symbols.