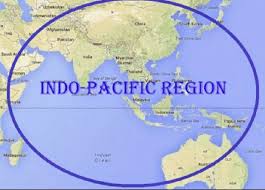 On July 7, 2020, the European Foundation for South Asian Studies (EFSAS) said that Act East policy of India has shifted the Geostrategic posture of India in the Indo-Pacific.

How is AEP different from LEP?

Look East Policy was an economic strategy of India. Act East Policy has now added the geostrategic defence component into it. In order to achieve this, India has come forward to extend its cooperation with the ASEAN countries given the shared terrorism and security threats being faced in the Indo-Pacific.

How is India implementing AEP?

India has entered into several bilateral agreements in Kuala Lumpur and Jakarta. India has also signed FTAs with some of these countries. In 2018, India extended its joint naval exercises with Indonesia as joint military exercise. In 2015, India and Malaysia joined hands to focus on naval security, cyber and military exercises.

Why Indonesia and Malaysia?

Of all the ASEAN countries, Indonesia and Malaysia have geostrategic significance. They are located at the Lombok Strait and Malacca strait respectively. It is important for India to ensure access to these waterways.

Also, Malacca Strait is important for China as China’s 80% of annual energy passes through the strait.