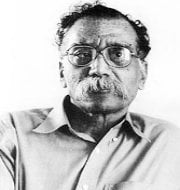 Awards- He has received Sahitya Akademi Award (1990) for his critical work Teeka Svayanwar. He is also recipient of Padma Shri (2011).