Elimination of Tuberculosis from India 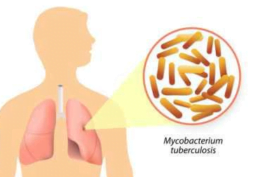 India accounts for about a quarter of the global TB burden. India has set the target to eliminate Tuberculosis in India by 2025. To evolve a strategy in this regard, India has put in place National Strategic Plan 2017 – 2025 which sets out the government plans of how the elimination of TB can be achieved.

What does the Elimination of a disease  stand for?

Elimination of a disease is defined by the World Health Organisation (WHO) as there should be less than 1 case of TB for a population of a million people.

As a step towards eliminating TB, India has made following progress in 2018:

The government has envisioned following strategic steps to eliminate TB by 2025:

The Minister of State for Health and Family Welfare, Shri Ashwini Kumar Choubey has stated in parliament that government is committed to achieve the target of TB elimination by 2025 and not considering any revision in targets.