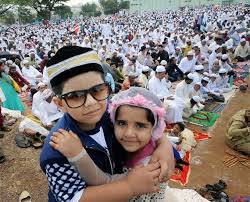 Eid-Al Adha or Greater Eid is being celebrated by the Muslims worldwide today in order to commemorate the obedience of the Prophet Ibrahim when he submitted to the will of Allah and agreed to sacrifice his son Ismail. Millions of Muslims across the globe come together to celebrate this festival of sacrifice.

This is an occasion of joy and peace where the Muslims celebrate with their families. However, it varies from one country to another in terms of traditions and festivities. There are different practices in some of the following countries:

Qurbani is known as a religious obligation for all adult Muslims of sound mind and who possess the minimum level of wealth. They are expected to donate for the cause of their fellow Muslims around the world.