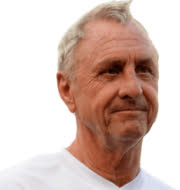 The Dutch football legend and coach Johan Cruyff passed away after a long battle with lung cancer in Barcelona, Spain. He was 68.
Cruyff was one of the most famous exponents of the football philosophy known as Total Football. He is widely regarded to be one of the greatest players in football history.