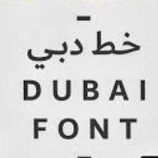 Dubai has become the first city in the world to have its own Microsoft-designed font. The font will have typeface both in Latin and Arabic script. It will be made available in 23 languages– Afrikaans, Arabic, Basque, Britannic, Catalan, Danish, Dutch, English, Finnish, French, Gaelic, German, Icelandic, Indonesian, Italian, Norwegian, Farsi, Portuguese, Sami, Spanish, Swahili, Swedish and Urdu.
The font was launched by the Crown Prince of Dubai Shaikh Hamdan Bin Mohammad Bin Rashid Al Maktoum. The font will be used by UAE’s government bodies and also by 100 million Office 365 users around the world.

UAE has launched the ‘Dubai Font’ in line with its vision of becoming a regional and global leader in innovation. The country views the launch as a part of its continuous efforts to be ranked first in the digital world. The country expects the new font and its unique specifications to become popular online and in smart technologies across the world. The launch of new font is expected to boost the emirate’s competitiveness in smart technology.

Dubai is the largest city in UAE. It has the world’s tallest tower, Burj Khalifa. Dubai has been taking a series of initiatives to broaden its appeal by investing in technology and culture. Dubai will play host to the six-month Expo 2020 under the themes of sustainability and mobility.