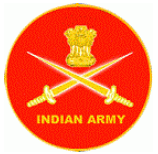 The Defence Ministry has approved the creation of a new post in the Army- Deputy Chief for Military Operations and Strategic Planning. The Deputy Chief will deal with strategic planning, military operations, intelligence and operational logistics. This is the 3rd post of deputy chief in the Army. In addition to this, another new post, the Director General of Information Warfare, is also being created. These are a part of the ongoing reforms in the Army Headquarters.

Who is the first Deputy Chief for Military Operations and Strategic Planning in the Army?

Lt Gen Paramjit Singh is to be come the first Deputy Chief of Army of Staff (Strategy).

Role of Deputy Chief for Military Operations and Strategic Planning

The Ministry of Defence has also created another post called Director General of Information Warfare. His roles will be to fulfil the needs of hybrid warfare, future battlefield and social media realties.

The post was recommended by the Four Studies of Indian Army. During the Army Commanders Conference, 2018, the Indian Army Headquarters instituted four studies with an objective to enhance budget expenditure, facilitate modernisation, enhance operational and functional efficiency and address aspirations.

The process of creation of the two posts started after the Doklam crisis with China in 2016. During the crisis, the higher officials in the Army wanted to coordinate with the headquarters directly.

What is Doklam crisis?

The Doklam plateau lies at the tri junction of India, China and Bhutan. The crisis began with India objecting the Chinese road construction in the region. According to India and Bhuta, the region is recognised as territory of Bhutan. China also stopped allowing pilgrims heading towards Kailash-Mansarovar through Nathu-La pass. This led to the Doklam stand-off between India and China.

Also, experts believe that, in the backend, China wanted to cut off the Siliguri corridor in the region. If China captured this narrow corridor, India will lose its complete link between the north eastern region and the Indian mainland.