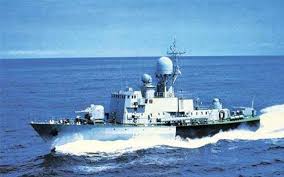 Union Defence Ministry has signed contract worth Rs 2,435.15 crore with public sector Garden Reach Shipbuilders and Engineers (GRSE), Kolkata for manufacturing of four survey vessels aimed at boosting to capabilities of Indian Navy. The project completion time is 54 months from date of signing contract. The first ship will be delivered within 36 months and remaining within interval of six months for each vessel.