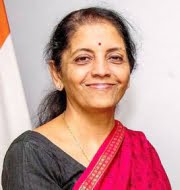 These measures will be incorporated in DPP-16, the manual governing defence procurement procedure. The changes include devolution of powers within Ministry of Defence and Service Headquarters, deletion of repetitive processes, concurrent running of acquisition process instead of sequential stage clearance, aligning of various documents with revised financial guidelines, amongst others.

These amendments form part of ongoing Business Process Re-engineering in Defence Capital procurements of armed forces. It is in line with continuation of Defence Ministry’s efforts to streamline DPPs and reduce timelines so as to ensure timely delivery of equipment to Armed Forces. These measures will also obviate undue procedural delays and hasten activities besides shrinking procurement timelines.

The Union Government so far has cleared proposals worth Rs 4 lakh crore of military procurement involving close to 135 proposals as part of its efforts to modernise armed forces. But most of these proposals are yet to be implemented due to procedural delays hampering speed of modernisation of armed forces.