Events & Happenings:
Rajasthan: Vintage Car Rally, Jaipur
The Jaipur Vintage Car Rally occurs annually in the month of January or February to preserve the heritage of the country. A congregation of old model cars of the yesteryears out of which some most popular vintage car models come to participate in this rally. This year more than 100 vintage cars took part in the rally which was the 12th version of the event. Major attraction was 1968 white Mercedes belonging to the late Rajmata Gayatri Devi.

IIM-A – Cohort System
IIM-A sees a new placement process being conducted over continuous weekends which are called “cohorts”. Each cohort hosts firms which offer similar roles, opportunities, offers, profiles, salaries, locations etc. Several cohorts comprise a cluster. This is a new placement system, which continues for about six to eight weeks. In the earlier system recruiting companies came together at the campus to interview eligible candidates and complete the selection process at a stretch over continuous three to five days.

Mata Gujri and Baba Zorawar Singh and Baba Fateh Singh (two sons of Guru Gobind Singh) were kept under at arrest at Thanda Burj by Mughal Emperor Aurangzeb (under Mughal Governor of Sirhind, Wazir Khan), before they were martyred. Baba Moti Ram Mehra entered secretly to this Thanda Burj and served milk & water to the trio for 3 days.

After Baba Zorawar Singh and Baba Fateh Singh martyred and Mata Gujri also left this world, it came in the knowledge of Mughals (Nawab Wazir Khan) that Baba Moti Ram Mehra had served them milk & water for 3 days. Baba Moti Ram Mehra accepted this bravely and the Mughals arrested him and his family including his son & his grandmother. They all together were sentenced to death by being squeezed in a Kohlu (oil press).

On February 14, 2010 at a state level function in Punjab, the Punjab Government announces to raise a Commemorative memorial in the memory of the great martyr at Sri Fatehgarh Sahib.

‘Bharat Swabhimaan’ Andolan
This is a crusade of Baba Ramdev against corruption and political nepotism.
Read Here

Karnatka: Ranganathittu Bird Sancutary
Ranganthittu Bird Sanctuary is located in Mandya District of Karnataka. Comprises six islets on the banks of the Kaveri River. In 2009 Salim Ali Interpretation centre was opened in this century. Now the Department of Forest of the state comes up some new plans to provide additional amenities for tourists. 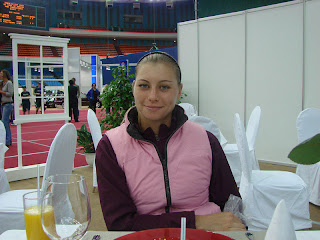