Current Affairs For All Examinations: January 18, 2010

Karshakasree award – Sunny George
Sunny George was instituted by Malayala Manorama Daily in 1992 and is biennially awarded to most outstanding farmer of Kerala. Sunny George from Kannur district has been selected for this award this year.

Events & Happenings:
Film Festival ” Fasle” Lucknow
Fasle is the name of the film festival which kicks off on January 18, 2010 at Lucknow.

Observances:
14th Death Anniversary of NTR:
Nandamuri Taraka Rama Rao famous among the masses as NTR, was an actor, director, producer, and politician. Founder of Telugu Desam Party & was Chief Minister of Andhra Pradesh. He was awarded Padma Shree for his contribution to Telugu cinema.

7th Death Anniversary: Harivansh Rai Bachchan
Most distinguished Hindi poet of Chhayavaad literary movement & best known Madhushala & father of Amitabh Bachchan is remembered on January 18, 2010.
He was nominated to Rajya Sabha in 1966, won Sahitya Academy Award in 1969, honored with Padma Bhushan in 1976 & Saraswati Samman in 1991 for his his autobiography in four volumes. His Madhushala was published in 1935. International awards he won are Soviet Land Nehru Award and the Lotus Award of the Afro-Asian writers conference.

On Sagar Parikrama
Sagar Parikrama is India’s First solo circumnavigation voyage in which INSV Mhadei was flagged off from Mumbai on August 19, 2009, by Admiral (Retd) Sureesh Mehta, former Chief of Naval Staff. It is being skippered by Commander Dilip Dhonde. Mhadei’s third leg of voyage she halts at Port Stanley and after a halt of about 14 days for the fourth leg of her voyage on January 29 to her last port of call en-route – Cape Town, South Africa. After that Mhadei will return to the Base camp Mumbai. 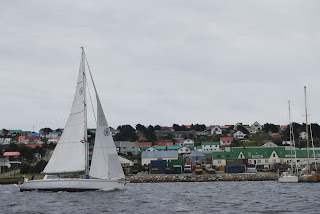 5 Regional Centers of NSD
National School of Drama (NSD) is an autonomous organization under Ministry of Culture, Govt. of India, which was set up in 1959 by the Sangeet Natak Akademi and became an independent school in 1975. f new Regional Centers of NSD – at Bengaluru, Kolkata, Jammu & Kashmir, Maharashtra/Goa and in the North East are also being set up.

India World:
IPCC report Controversy in Himalayan Glaciers:
In the Fourth Assessment Report, 2007 of IPCC had predicted that Himalayan glaciers would melt away by 2035. This statement / finding is under criticism all over the world in academic circles. certainly this brings embarrassment to the IPCC. The question being raised are not on melting of the glaciers but the Year 2035. Recently India’s Minister of Environment & Forests also challenged the IPCC’s claims that ” there was no “conclusive scientific evidence” that global warming was leading to Himalayan snow melt.

Now Dr R K Pachauri, the chairman of IPCC says that IPCC would review this prediction.

Namaskar Africa 2010
On January 15, 2010, Anand Sharma, India’s Minister of Trade & Commerce along with his Nigerian counterpart also inaugurated the “Made in India” exhibition, with participation from 50 Indian companies. A Memorandum of Understanding (MoU) between ECOWAS and FICCI was also signed. The theme of the event was Namaskar Africa 2010.

Teams from 21 countries participated in the Commonwealth Judo Championship held at Singapore. The championship is organized every two years. ASI Virender Singh beat South Africa in the 81 kg weight category in the final. Ct. Ms Kalpana beat Australia in the final in 52 Kg weight category. The Indian team comprised 24 Judokas.