Chandigarh : Expansion of PGIMER
Government of India has enacted the Central Educational Institutions (Reservation in Admission) Act, 2006 for reservation in seats for Other Backward Classes (OBCs). In this context, Post Graduate Institute of Medical Education and Research (PGIMER) is a premier medical institute of India located in Chandigarh sought a government nod for expansion and creating new sets for implementation of 27% reservation for OBC class, so that the number of unreserved seats does not affect.

On February 11, 2010, the Cabinet Committee on Economic Affairs gives nod for this expansion. Please note that with the introduction of 27 percent reservation for OBCs in all institutes under the Central Government, the total percentage of reservation will go up from the present level of
22.5 percent to 49.5 percent.

M R Reddy is a retired IPS officer with expertise in providing VIP security and H S Kola is former head of the Director General of Civil Aviation.

West Bengal : Jyoti Basu is now a subject of Jatra!
Jatra is a popular folk-theatre form of Bengali theatre which is famous more prominently in West Bengal and less prominently in Bihar, Assam, Orissa and Tripura. Jatra derives its meaning from Yatra. The Jatras mostly feature mythological and epic figures. Now Jyoti Basu, the Marxist patriarch and one of the tallest political figures of India is now a subject of Jatra as some jatra companies decide to portrait life of Basu in their theatres. 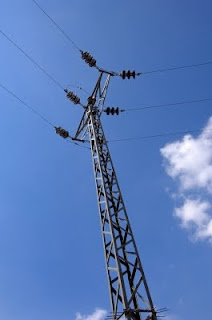 Lok Karmis:
Government of India is considering to appoint an educated person from scheduled castes and scheduled tribes or minority communities in each panchayat as Lok Karmi to help villagers. This Lok karmi will be an educated person and will help the illiterate people. A draft proposal has been prepared which envisages that NGO’s will be designated by ministry as Lok Sewaks, who would in turn appoint and guide Lok Karmis in their territorial jurisdiction, which would not be more than four blocks in a district.

The Lok karmis would be a women preferably.

Business & Economy:
Eco-friendly Wipro Greenware desktops
IT Giant Wipro claims that It is the first Indian company to build a 100 percent recyclable and toxin-free computer, and joins a small group of manufacturers worldwide who have developed toxic-free electronics. Company says that eco-friendly Wipro Greenware desktops are completely free from harmful chemicals such as polyvinyl chloride (PVC) and brominated flame retardants (BFRs). Greenware Intel Core 2 Duo processor PCs can be easily recycled once their technology becomes obsolete and they pass their ‘shelf life’. The other global consumer electronics manufacturers which are in the in the struggle to develop toxin-free electronics are Apple, HP and Nokia.

Read Past Article : The Menace of E-wastes

Indian Oil Companies in Venezuela:
Venezuela has the largest conventional oil reserves and the second-largest natural gas reserves in the Western Hemisphere. Recently ONGC and and partners Indian Oil Corporation and Oil India Ltd won a bid to develop a major crude oil block Carabobo-1 in Venezuela’s Orinoco Belt with Spain’s Repsol YPF SA and Malaysia’s Petroliam National Bdh. Total spending on the block over 25 years would be $19 billion.

This has been dubbed as first major overseas success of Indian Oil Companies since Imperial Energy Plc acquisition in 2008.

Please note that Imperial Energy Corporation plc (HQ. Leeds ) is a leading British-based oil exploration and production business operating in Siberia was acquired by ONGC for $2.1 billion in January 2009. Its now an ONGC subsidiary.