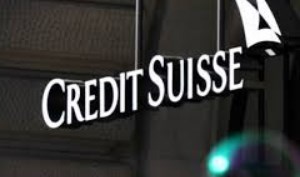 The Credit Suisse Group which is a Switzerland-based multinational investment bank, has released the 10th edition of its annual Global Wealth Report. The report tracks both growth and distribution of wealth, in terms of numbers of millionaires and billionaires, proportion of wealth that they hold as well as the status of inequality globally.

Definition of Wealth: Wealth is defined in terms of ‘net worth’ of an individual, which, in turn, is calculated by adding up value of financial assets like money and real assets like houses and then subtracting any debts an individual may have.

Only 47 million people who account for just 0.9% of world’s adult population owned $158.3 trillion, which is almost 44% of world’s total wealth.

While at the other end of spectrum, 2.88 billion people who account for almost 57% of world’s adult population owned merely $6.3 trillion, which is almost 1.8% of world’s wealth.

China has overtaken United States (US) in 2019 to become ‘the country with most people in top 10% of global wealth distribution’.

The report states that India, along with China and Vietnam as best examples of how wealth can be raised by pushing for higher economic growth as a multiple of Gross Domestic Product (GDP) by addressing institutional as well as financial-sector deficiencies.