COVID-19: Wimbledon cancelled for the First Time since World Wars 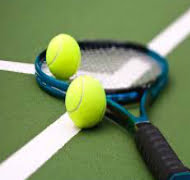 On April 1, 2020, Wimbledon was cancelled due to the threats of Corona Virus. This is the first time the tournament is being cancelled since the World War II.

Wimbledon was scheduled between June 29, 2020 and July 12, 2020 in the outskirts of London. However, it was cancelled considering lock down situation and also due to the threats posed by COVID-19. The next edition of the tournament is to be held between June 28, 2021 and July 11, 2021.

The Wimbledon is also known as The Championships. It is the oldest Tennis Tournament in the world. It is one of the four Grand Slam tennis tournaments. The other three include French Open, US open and Australian Open.

Wimbledon is the only tournament that is still played on grass. Playing on grass is considered as traditional and is also a classic tennis court.